The Atlantia Class USS Hammersley is the latest iteration of the USS Hammersley, with the first being a Constitution Class vessel that served from the early 2200s into the early 2300s, taking part in Exploratory missions throughout the Alpha Quadrant following the completion of Enterprise's Five Year Mission. The second was a Kelvin Class vessel that met an unfortunate end while responding to a distress call in 2388 under the command of Colonel Damian Highsmith.

The latest iteration of the Hammersley started her life as the Atlantia Class USS Coulson, which was a Rapid Response vessel assigned to Starbase 38 that had seen combat in the Raeya Sector prior to its reassignment to the Delta Quadrant. 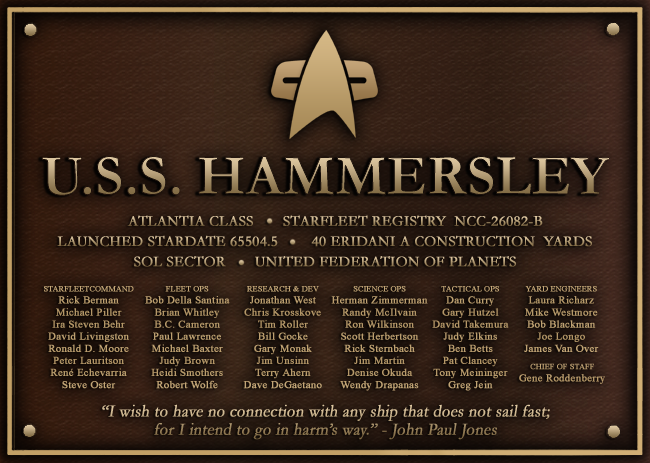